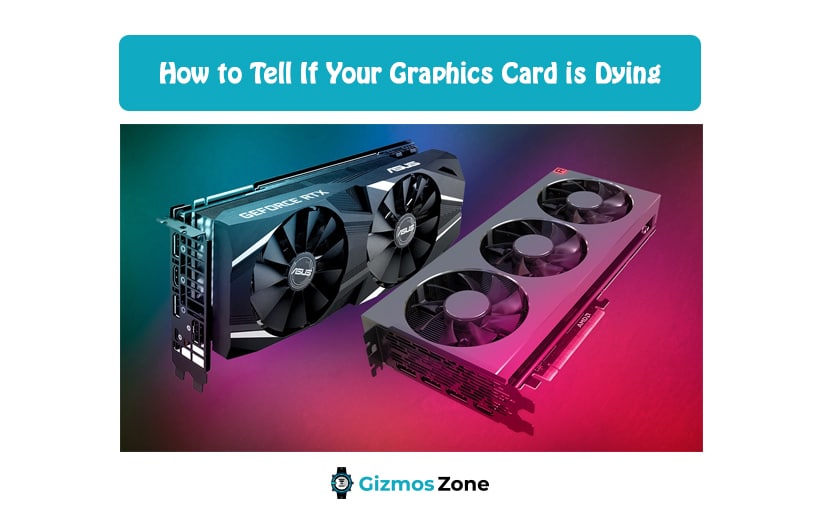 Graphics Card or GPU is nowadays used widely and is the most significant part that is inbuilt in modern computers. GPU is the best network card for gaming since it is responsible for the uniformity and clarity in pixels while you watch a movie or play a video game.

However, there are drawbacks to whatever that you perceive in your surroundings. Everything is bound to fail or lose its capacity at a certain point of time which is beyond anyone’s control or wishes. To detect this failure or dying of a Graphics Card, it is necessary to keep a constant check before the issue becomes serious and out of control.

Graphics Card is identified as dying owing to various software-related issues that result in slight graphic glitches. However, you can identify that there is a problem in your Graphics Card by going through the steps mentioned in the article below, and fix the issue at your own convenience at home without spending money to buy another GPU from the market as and when your Graphics Card pops up with one issue or the other.

Reasons Causing a GPU to Fail

There are reasons where one can identify that a GPU has failed. Your computer may crash in the middle of a game, or you may find smoke rising from your computer set when there is a severe issue in the Graphics Card. Failure and dying of the card will also lead to an inability in rebooting the entire system. Specified below are few reasons that cause the death of the Graphics Card:

These issues must be kept in mind, and necessary precautions of the system both physically and digitally should be taken to prevent your Graphics Card from dying. If a consistent cleaning and proper maintenance of the cooling components and the software drivers are followed, respectively, then you can save your GPU from any major issues.

How to identify that Your Graphics Card is failing?

Following are few signs which can give you the necessary hints that your Graphics Card has failed or is in the process of failing:

The most common sign that you will notice when your Graphics Card is unable to function properly is the constant shuttering. This warning may indicate the fact that there is something seriously wrong with your Graphics Card. This happens while playing a game, and the frame drops continuously at a high rate.

While watching a video or playing a game, you may notice slight to serious glitches all over your screen in the form of queer patterns of varying shapes or colors. Generally, after restarting or rebooting a system, these glitches might not appear anymore.

But, once you notice that the glitches are incorrigible even after rebooting, then it is a sign of your Graphics Card dying. 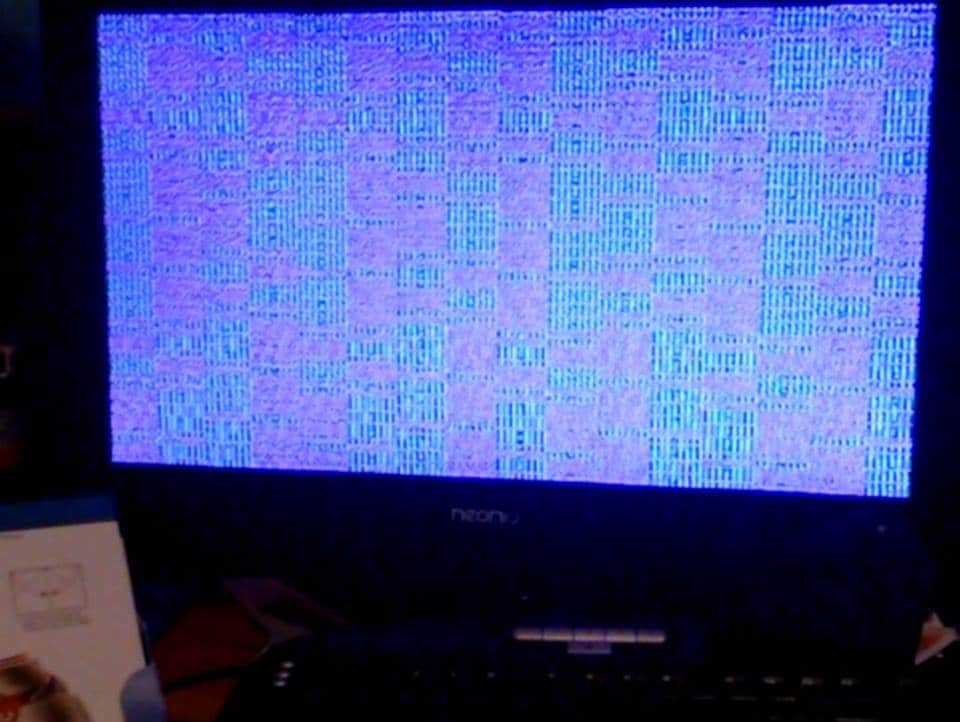 Another symptom is Strange Artifacts which is quite common, implying that your Graphics Card is dying. This sign is similar to the problem of screen glitches. These Artifacts initially appears from the small colored dots on your computer screen, and then gradually, it takes shapes of weird shapes or colors. This is generally seen when your computer is facing an overload issue and not when it is idle. 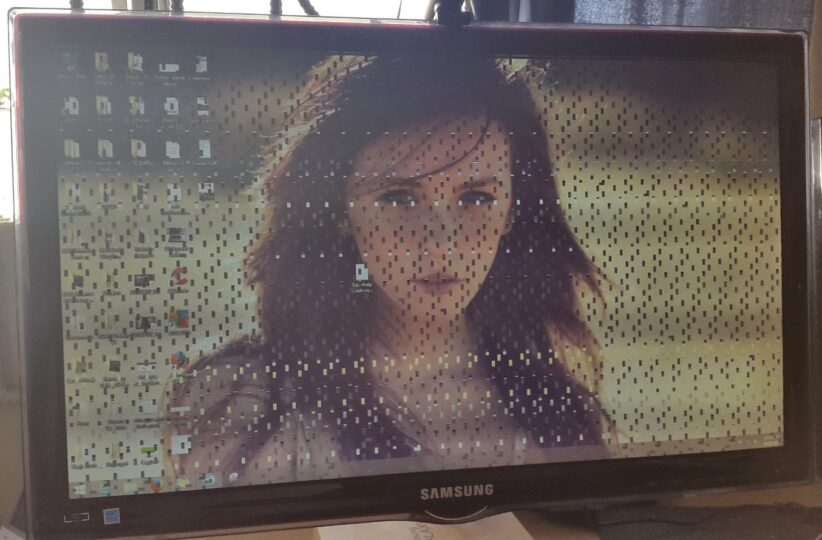 Although there might be several reasons as to why your fans are making noise, but when your GPU dies, this trait of Fan Noise occurs louder than the normal sound. As a result, your GPU will also overheat than it should if the fan on the Graphics Card has any error.

The Blue Screen of Death is an issue that appears for several different reasons. While watching a movie or playing video games, or doing anything that is related to graphics, the appearance of the blue screen is indicative of the fact that your Graphics Card is dying or failing.

To fix these issues in your computer, you have first to fix the fault in your Graphics Card. Following are the steps you need to follow to prevent your GPU from dying fully.

As and when you will start getting these warnings mentioned above in your computer, take the signs very seriously to save your Graphics Card from ultimately becoming useless.

Below are some Troubleshooting details abiding by which you can diagnose it and fix it by yourself.

Rollback OR Update Your Drivers.

Check your Graphics Card in terms of its generation and architecture. Rolling back or updating the GPU can help in the smooth running of the computer since the drivers, once updated, will communicate with the GPU and start functioning properly.

Check whether your GPU is newer or an older version since new drivers for an old GPU and vice-versa will harm your system’s stability. If the GPU is new, you need to follow the step of rolling back the driver to the most updated version temporarily in order to fix the bug.

Your Graphics Card should be prevented from severe overheating issues. While operating rigorously, the temperature may rise, and using it without cooling it down will damage or cause havoc on the GPU’s lifespan and, therefore, affect the card in severe cases.

The high temperature of the Graphics Card should be fixed by constantly cooling it down with proper airflow; otherwise, there will be a failure in the performance generated by the GPU. Hence, keep checking the temperature and the airflow and clean the cooling components to stop them from overheating.

Ensure that your Graphics unit is properly seated in your PClex16 slot on the motherboard. It is of utmost importance to ensure the proper and secure placement of the graphics unit. If it is not secured in its place properly, there is a high chance that it will become loose where dust and dirt can easily accumulate around it and therefore may degenerate the working of the Graphics Card.

An issue in the Video Cable that connects your computer can hamper the performance by generating weird effects on the screen. Technical issues commonly appear owing to the faults in video cable. So, start troubleshooting from the least important of technical stuff to get clarity on the problem.

The Video Cable connects the Graphics Card to the monitor, so a check on this is necessary. If the existing cable is not working, try switching it with a different cable and be certain that the cable is plugged tightly and is connected on both ends of the PCI slots, and is not loose.

Although Stress-Testing has its own risks involved with it, but the last and final step that you can find reliable after going through all the processes is the Stress Testing of your Graphics Card. While you are involved in intense graphics, it can cause different levels of stress on the GPU depending on it. So, fix the GPU in accordance, that is, highest, lowest, and average FPS, including your temps of the Graphics.

The most well-known benchmark is UNIGINE’s Heaven Benchmark, and with the help of this, you can stress-test to find any bugs or faults in your Graphics Card.

When you notice no solution is working to make your Graphics Card to function properly once again, then you can prevail only on the final solution of replacing the Graphics Card. From various high-quality brands of Graphics Card like AMD and NVIDIA, you can choose to buy for your next use and for excellent performance.

Thus, if you follow these, you may find some clarity in the information, which is reliable and helpful to indicate a dying Graphics Card. So, follow the signs, and by then, you will be able to diagnose and troubleshoot a Graphics Card and secure it from the approaching crisis.