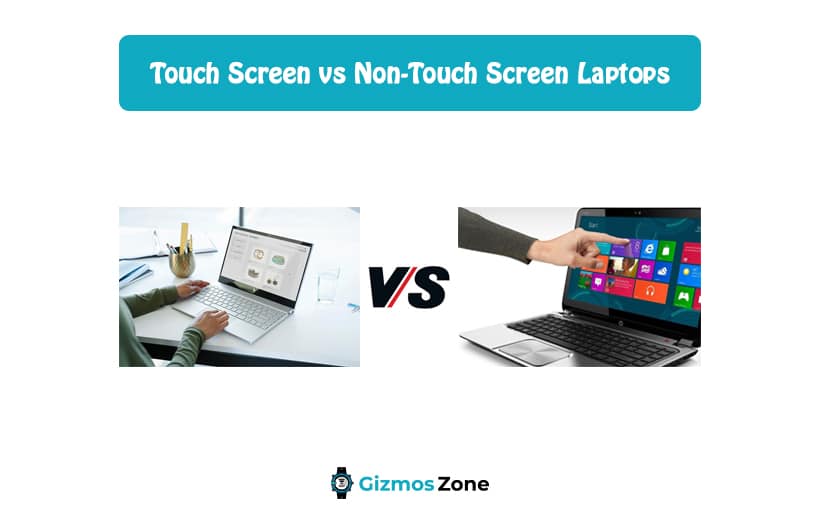 A laptop is something which has become a necessity in our day-to-day life. Whether someone is in school or college or work they will surely need a laptop at some point in their day. Since the sales of laptops have skyrocketed, more and more manufacturers have started to manufacture laptops. More money is spent every year on research and development by all laptop manufacturing so that they can stay ahead in the market. One of the latest technologies introduced by laptop manufacturers is a touch screen laptop. Here we will be talking about touch screen laptops and non-touchscreen laptops and which one is better among the two. We will also be talking about which laptop will suit you the best and help you yield the most productivity.

What is a Touch Screen Laptop?

Touch screen laptops are those laptops that have a touchable screen along with a fully working keyboard. This means users will be able to use the laptop by touching the screen as well as from the keyboard and trackpad. Almost all laptop manufacturers have touch screen laptops in their collection.

What is a Non-Touch Screen Laptop?

Laptops which are called 2-1 are generally those touch screen laptops that have the option of the detachable keyboard. These laptops have become more and more common in recent times because users prefer to use screens that are detachable and handy to use now. In 2-1 laptops the keyboard is hinged to the screen making it so versatile.

The only disadvantage with this kind of laptop is that they are not always very sturdy and there are high chances of damage on overuse. For daily use, a 2-1 laptop is not something which is recommended for anyone. 2-1 laptops often struggle with USB and charging port options which is a major issue. These laptops are not very common but surely more and more users are switching to these over time. If you are thinking of getting a 2-1 laptop make sure you look at multiple brands because most of the technologies used in these laptops are still under development.

Which laptop is better?

The answer to this question is something that will not be the same for everyone. People who are into work or use their laptop for hours on productivity and type a lot of emails and documents are recommended to go for the non-touchscreen laptop because they will not find any use of the fancy touch screen feature even after paying so much money for the expensive panel. For people who are into photo editing or taking notes or drawing illustrations, a touch screen laptop will do wonders. Touch screen laptops will help them speed up their work and they will also find it easy to navigate with help of the touch screen. Microsoft Windows operating system has also been updated in such a manner that people can use it with laptops that have touch screens in them.

Yes, buying 2 in 1 laptop is absolutely a smart decision.

Which is the cheaper between touchscreen and non-touch screen laptops?

Non-touchscreen laptops are generally cheaper because of their inexpensive panel.